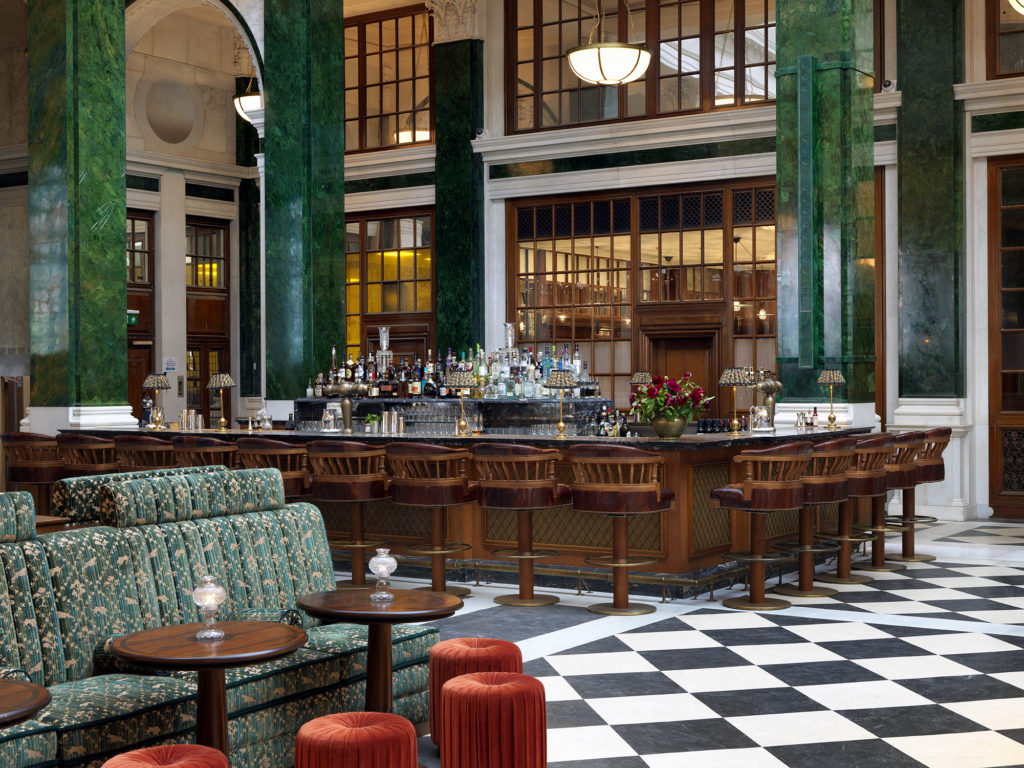 A nod to the splendid Ned Hotel

Always at the forefront of commercial interior design, London unveils an astounding array of impressive hospitality, residential and corporate developments constantly. To visit regularly, is to follow the scent of new interior design approaches, and to be wowed by world class ideas and schemes.

An ever evolving and fascinating part of the City is around St. Paul’s Cathedral, where history, modernity and a wild range of different communities collide. Traditionally corporate, a number of recent openings brings life to the area and with each visit comes a new architectural vantage, looking back on views of epic new skyscrapers from the Tate Modern and the Millennium Bridge.

Originally designed by British architect Sir Edwin Landseer Lutyens (1869-1944) in 1924 as an outpost of the Midlands Bank, it reopened as luxury hotel “The Ned”, named in his honour, in 2017.

An architectural masterpiece of its time and still a listed Grade 1 structure, it was bought some years ago by the Soho House and New York’s Sydell groups, who applied their design and hospitality expertise and transformed into a hotel and leisure destination. It is worth a trip to London alone.

The Ned’s interior design mirrors the magnificence of its exterior. It exudes old school glamour and stepping onto its exquisite, expansive ground floor Banking Hall, is stepping back in time to a bygone era of wealth and opulence, of Jay Gatsby and Daisy Buchanan.

The ground floor hosts a myriad of eateries and bars in an open plan setting, and is styled by many of the original banking features, including near 100 African verdite columns; ceiling high reflective emerald pillars visible from all vantages.

Soho House designers Alice Lund and Rebecca King in London and Adam Greco in NYC worked for a number of years on the interior design project, keeping many original features including a 20-tonne banking door, along with 3,000 original silver safety deposit boxes which line the walls of the vault, while a theme of the “old glamour of international travel” was introduced to allow the designers to play with styles of the same era in different spaces. Every turn you take in The Ned has orate detail, following the architectural and decorative details Lutyens excelled in.

Lutyens, known as Ned, was a hugely influential architect as the time, building many European and British Institutional headquarters and laying out an entirely new city administrative area for New Delhi. It is his connections to Ireland, which are strong and very well documented, in the form of a Cork mother, which meant Lutyens returned to Ireland regularly and was involved in many projects here.

Among his works are Costelloe Lodge at Casla in Galway and Downings, a house in north Co Donegal. He renovated and designed a new wing for Howth Castle in 1911, including a library and chapel.

Lutyens also carried out major upgrades of the 16th-century castle on Lambay Island, off the north Co Dublin coast. The island had been recently bought by Cecil Baring of the famous banking family. Though the island’s present owner is Alex Baring, the seventh Baron Revelstoke, has plans to turn the castle into a holiday destination, unfortunately it, and Lutyens other residential sites in Ireland, are not open to public visits.

The nearest we can get is to ramble some of his other Irish works, the Irish National War Memorial Gardens in Dublin or his 50-acre gardens at Haywood Demesne, Ballinakill, Co. Laois,. Both beautiful and sombre. Both long-lasting proof of his talents in memorialism and grandeur.

D-tale is a series of interior design stories, the tales of splendid and fascinating places where history meets creativity. Follow me on Instagram.